COVER REVEAL! Things You Save in a Fire

Hello there!
Let me introduce you to my NEW BOOK! 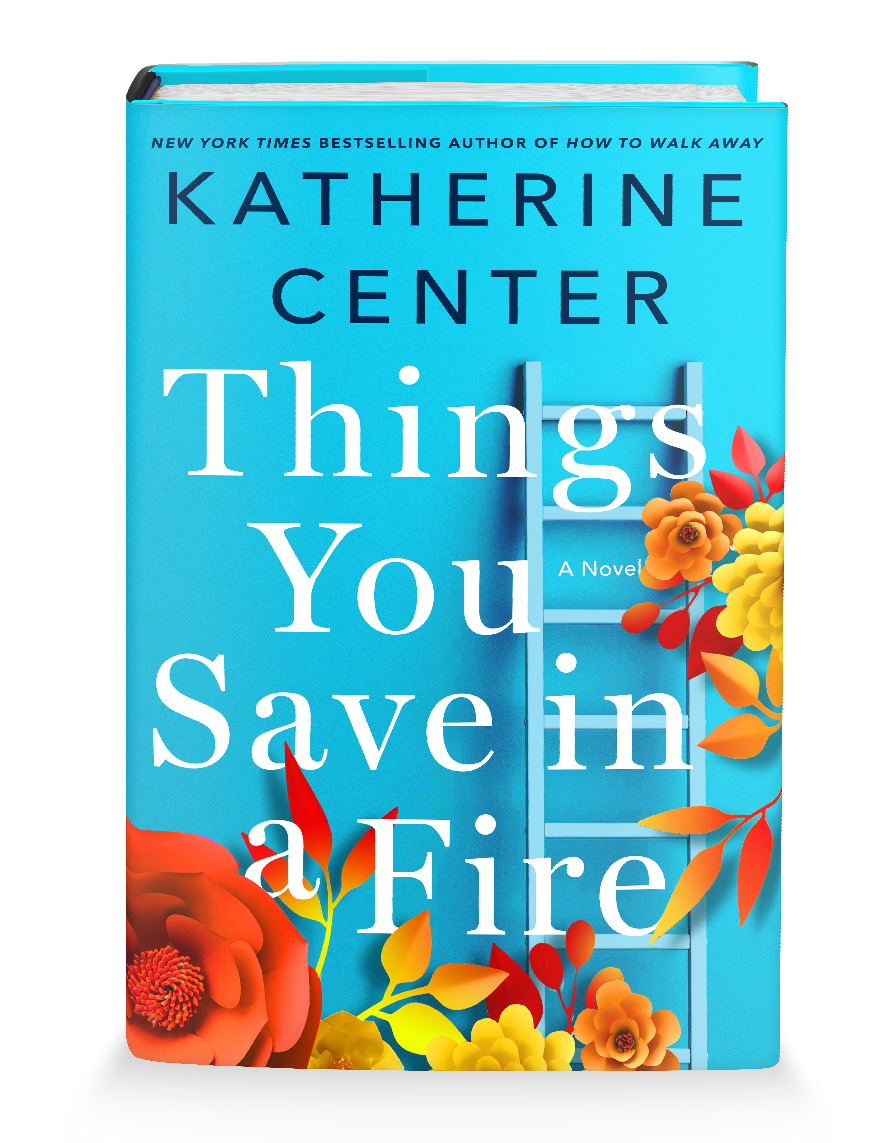 Cassie Hanwell was born for emergencies. As one of the only female firefighters in her Texas firehouse, she’s seen her fair share of them, and she’s a total pro at other people’s tragedies. But when her estranged and ailing mother asks her to give up her whole life and move to Boston, Cassie suddenly has an emergency of her own.

The tough, old-school Boston firehouse is as different from Cassie’s old job as it could possibly be. Hazing, a lack of funding, and poor facilities mean that the firemen aren’t exactly thrilled to have a “lady” on the crew—even one as competent and smart as Cassie. Except for the infatuation-inspiring rookie, who doesn’t seem to mind having Cassie around. But she can’t think about that. Because love is girly, and it’s not her thing. And don’t forget the advice her old captain gave her: Never date firefighters. Cassie can feel her resolve slipping…and it means risking it all—the only job she’s ever loved, and the hero she’s worked like hell to become.

Katherine Center’s Things You Save in a Fire is a heartfelt and healing tour-de-force about the strength of vulnerability, the nourishing magic of forgiveness, and the life-changing power of defining courage, at last, for yourself. 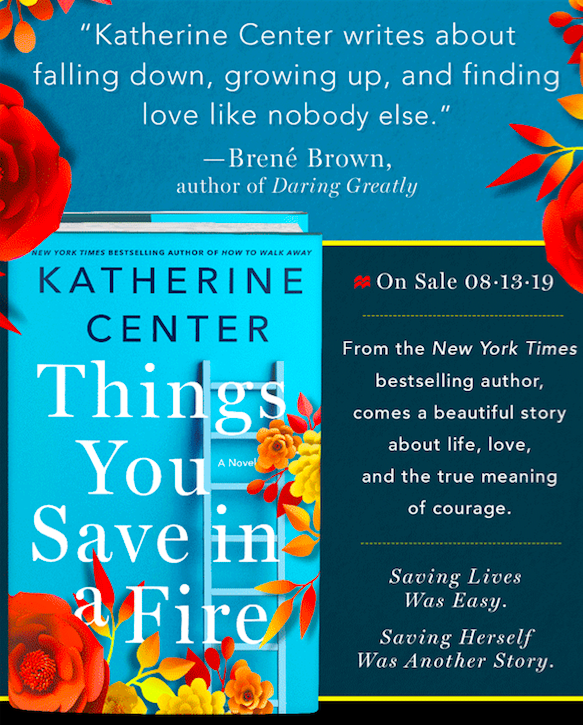 EARLY PRAISE for Things You Save in a Fire: