Down here in Texas, we have to work hard to create winter.

It’s not really a season in Houston, exactly.  It’s more like a series of fronts that blow the heat away for a few months, a couple of days at a time.

So holiday decorations have a kind of make-believe quality.  Like we’re pretending it’s winter.  We’re insisting it’s winter, dammit.  And the whole city has to work together as a group to pull it off.  And we’re going to make cider and feel cozy even if we have to run the air conditioner to do it. 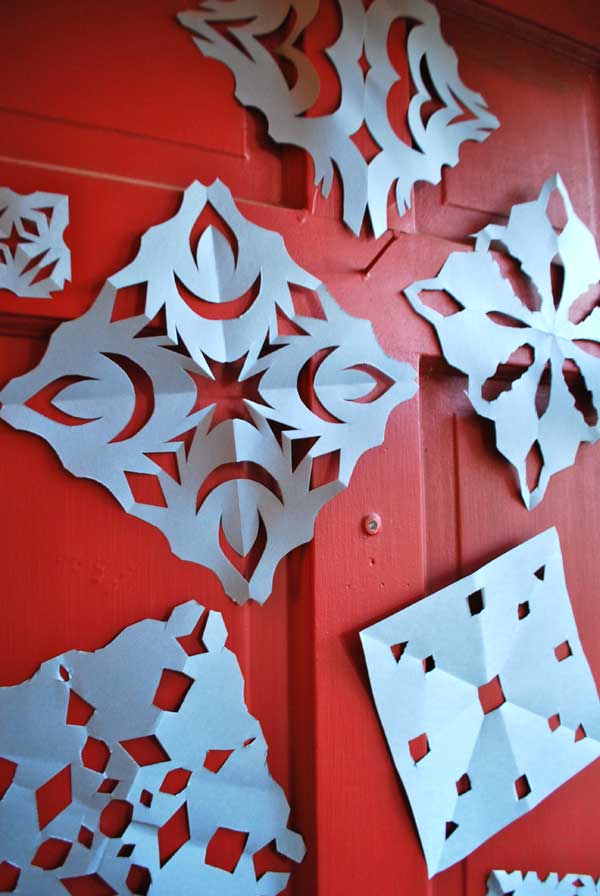 So, in honor of “winter,” my kids and I have been stringing our house with twinkle lights, and making hot chocolate, and cutting snowflakes.  Dammit. 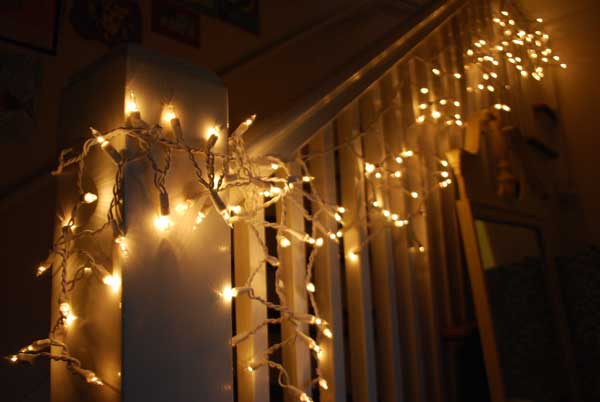 (And PS:  I accidentally taught my 4 year old the word “dammit” today.  And then I went on and on and on about curse words versus regular.  And, yes — there’s a 50-50 chance you’ll see this conversation in the novel I’m writing now):

“Well, it’s a thing called a curse word, and it’s not polite.”

“Some people think it’s rude to use curse words.”

“I think you want to be careful who say them to.”

“You can’t say them to anybody because you’re a kid.  Only grown-ups can say them.  But they really aren’t supposed to.  Unless they’re really frustrated.”

“What if I get frustrated?”

“Then you say darn. That’s why they invented darn.”

“Nope.  Darn‘s a regular word.  A regular word that is like a curse word — but without the cursing.”

“Darn is awesome. But dammit’s better.”