HAPPINESS FOR BEGINNERS will be a Netflix movie!! 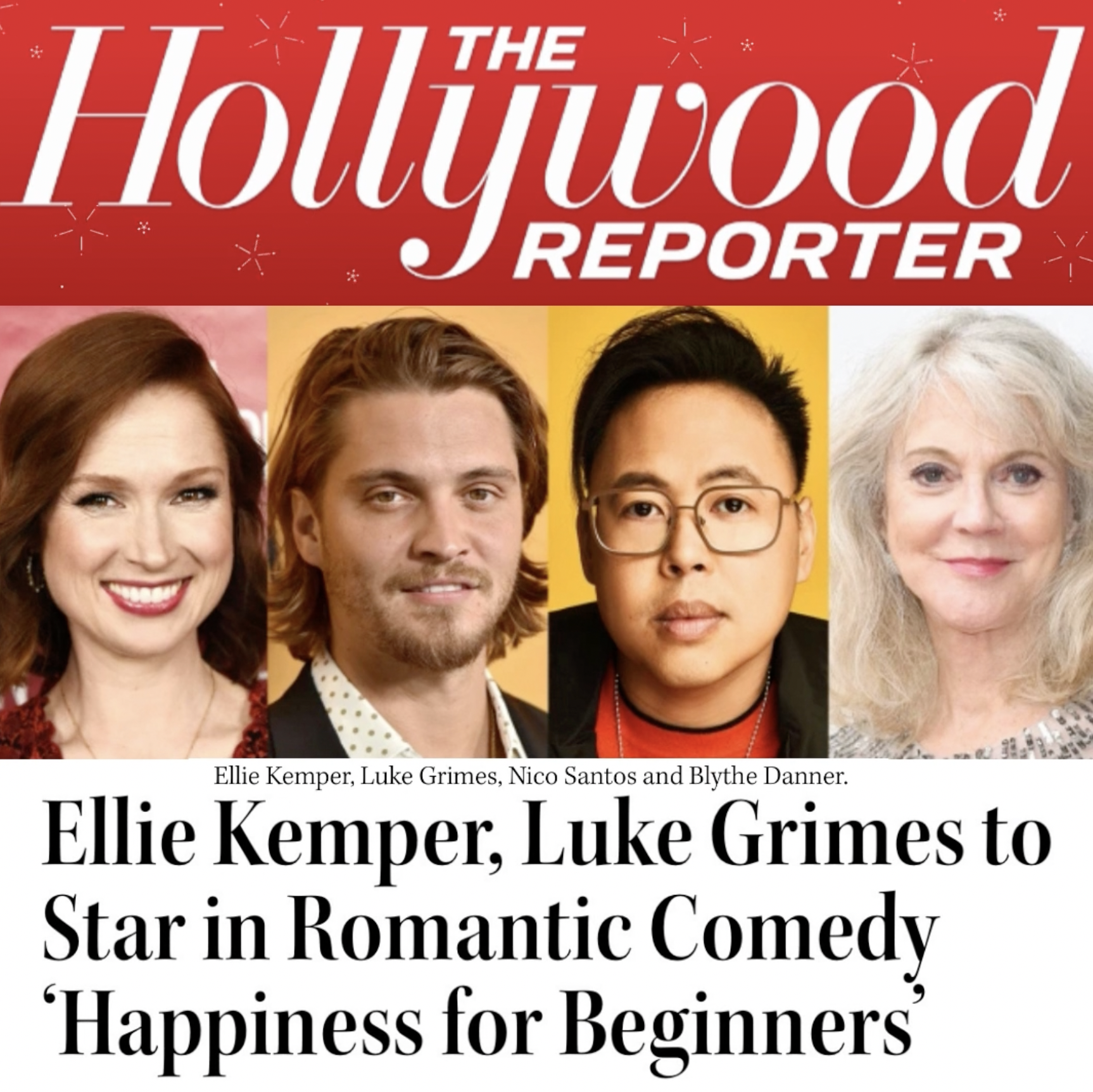 So beyond thrilled to share that my fifth novel, HAPPINESS FOR BEGINNERS, is going to be a movie!!

Directed (and adapted) for Netflix by the brilliant Vicky Wight, who also did the wildly popular adaptation of my novel The Lost Husband!

READ THE BOOK before you see the movie!! Buy links HERE.
GET NOTIFIED when they movie’s released (+ updates + inside info) by joining my MAILING LIST!
STAY UP TO DATE by following me on Instagram!

From The Hollywood Reporter:
“Ellie Kemper, Luke Grimes, Nico Santos and Blythe Danner are starring in Happiness for Beginners, Netflix’s film adaptation of the novel by author Katherine Center.
Vicky Wight, who previously tackled an adaptation of Center’s novel The Lost Husband, wrote the script and is directing the romantic comedy . . .” 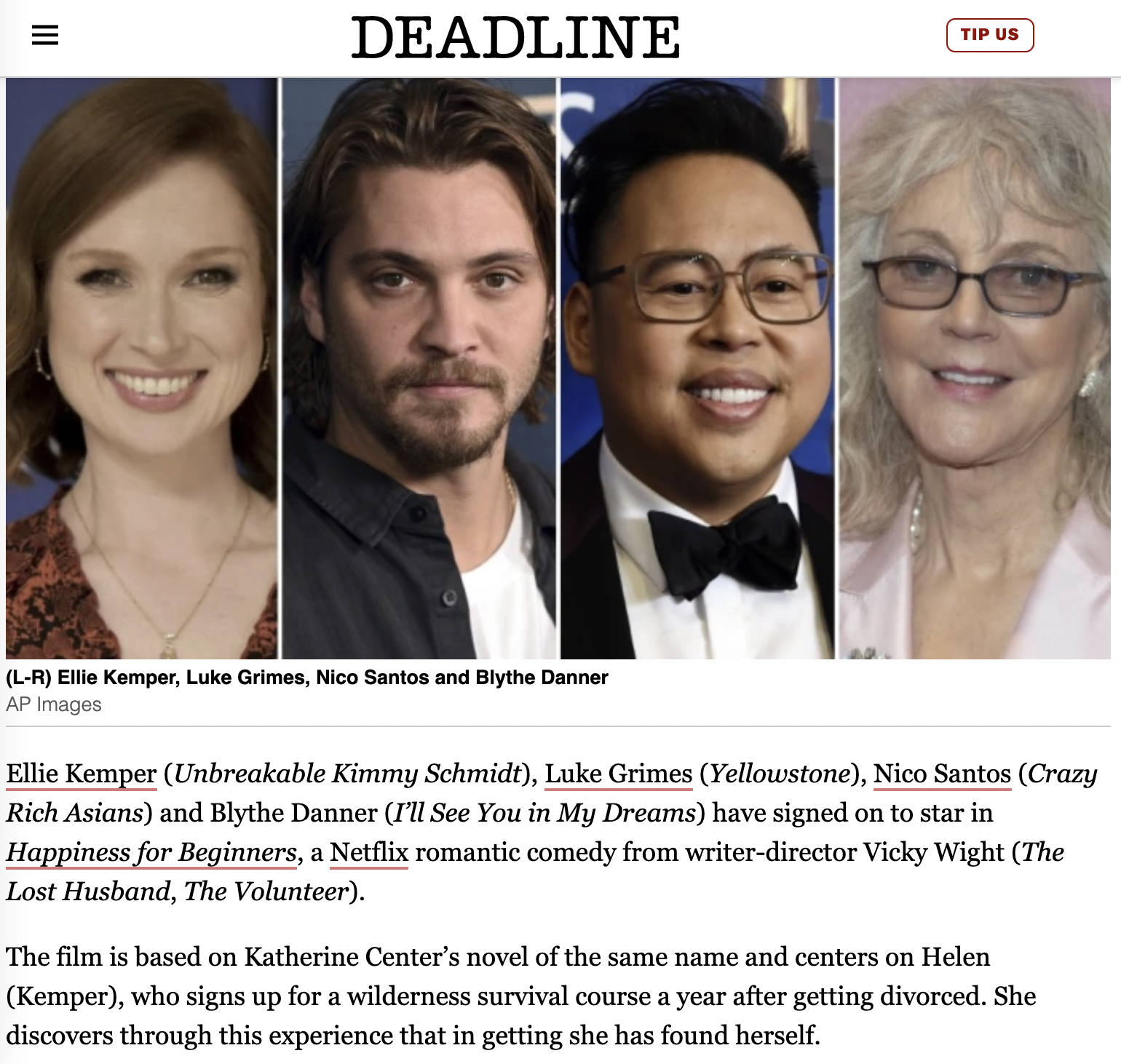