Favorite quotes from Everyone is Beautiful

A reporter asked me last week to put together some of my favorite quotes from Everyone Is Beautiful for a story she’s doing.  And so I did.  I’ve been writing new stuff, and blogging, and goofing off with my kids this summer–and it had been a while since I’d spent any time with Everyone Is Beautiful.  It was fun to go back and visit all those characters again and sift through the story to find some favorite moments. 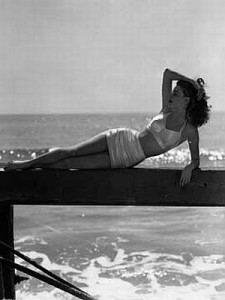 So here are some of my favorite passages from Everyone Is Beautiful:

People are always beautiful when you love them.

Taking Amanda’s card, I knew that within twenty-four hours Baby Sam would find it in my purse, put it in his mouth, chew on it until it looked like a wad of gum, and then leave it on the floor where I’d step on it in bare feet many hours water on the way to the bathroom in the middle of the night.  But it was okay.  I wouldn’t have called her anyway.

Here’s what I need to confess about Peter and me:  We were not exactly in love anymore.  After fifteen years and three children together, we were often other places besides in it.  We were under it, sometimes.  Or above it.  Or against it. Or in arm’s reach of it. Or in shouting distance of it.  Or rubbing shoulders with it.  But not in it.  Not lately.  Not since Baby Sam was born.  Baby Sam was, you might say, the straw that broke the Love Camel’s back.  And now that camel was lying in the baking sun. All alone and very thirsty.

At the end of the evaluation we had learned many things about me:  I had a strong back, biceps and calves.  My “areas for improvement” included my triceps, hamstrings, nonexistent stomach muscles, and pretty much everything else.  We had also learned that I had a tendency to become sarcastic in the face of intimidating physical challenges, and that my positive attitude was questionable.

She did not know what it felt like to be challenged by a child, or overwhelmed, or unsure of what do to next.  It’s easy to be smug when you’ve had it easy.  I would much rather have been judged by a mom who’d had some challenges.  But, of course, a mom who’d had challenges would know better.

Within a certain range of acceptability, we were all just doing the best we could—and, really, given a basic foundation of love and some Richard Scarry books, kids would be okay.

I suddenly understood what it was, exactly, people longed for when they longed for their youth.

Years ago, in college, I remember reading a statistic about women.  Asked if they’d rather gain thirty pounds or be hit by a bus, 75 percent of them chose the bus.  I was one of them, for sure.  I remember thinking that, truly, if I gained thirty pounds, I might as well be run over anyway.  Because I’d have no reason to live.

It couldn’t be love, I told her.  It was too horrible.

“That’s exactly love!” she said.  “Love is exactly that horrible.”

It was so easy to come up with solutions to other people’s problems.  To watch them struggle through parenting and believe in a self-satisfied way that if you were in their shoes, you’d have it all figured out.

“Nothing beautiful is an accident,” she said.

At that moment, I suddenly loved us all the more for our flaws–for being broken and human, for being embarrassed and lonely, for being hopeful or tired or disappointed or sick or brave or angry.  For being who we were, for making the world interesting.  It was a good reminder that the human condition is imperfection.  And that’s how it’s supposed to be.